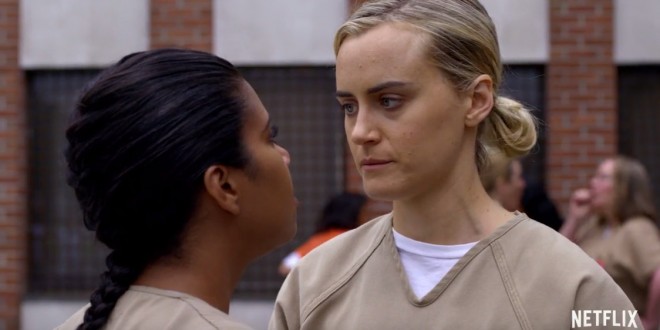 With about a month left until Orange is the New Black‘s fourth season premieres, Netflix has released its first trailer out into the wild. The big shift this season is that Litchfield is now a for-profit prison, which means 100 new inmates, stricter rules, and even more personality clashes than usual.

Earlier this year, Netflix renewed the series for a fifth, sixth, and seventh season, so the inmates should have plenty of time to sort out all the kinks in the new system. The show’s third season saw the plotlines getting more dynamic, and slowly rippling away from Piper Chapman (Taylor Schilling), a trend which will hopefully continue into the show’s future seasons.