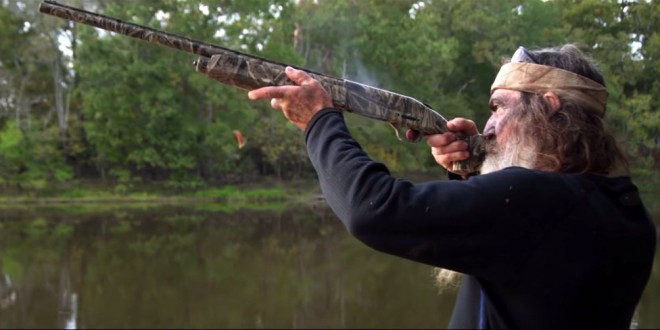 “A human civilization’s best chance at survival is to anchor itself in the God of creation,” Phil Robertson says during the trailer for the new film “Torchbearer.” A film that focuses on how the Western world is breaking its relationship with God, “Torchbearer” is set to get a screening for distributers at the Cannes Film Festival this week.

“In the absence of God the man with the biggest stick determines your worth,” the Duck Dynasty star says over footage of Hitler and the Nazis. Robertson recently told the DailyMail that he expects ‘Torchbearer’ to receive the same kind of backlash he suffered in 2013 after he told GQ magazine that homosexuality was sinful.

“Insults, persecution, shunning, all those things come on such a regular basis from so many groups,” he said in response to a question about the gay-rights movement’s view of him. “Jesus warned his disciples, ‘Look, they will hate you. They will mistreat you. They will say all manner of mean things about you. Just rejoice and be glad.’”