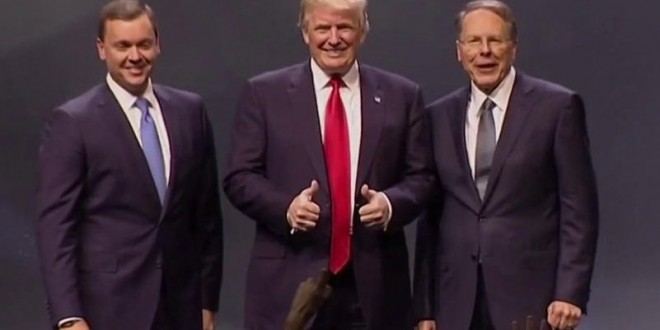 The NRA told supporters Trump is the only remaining presidential candidate who will defend their Second Amendment rights, and urged skeptical Republicans who supported other candidates during the primaries to rally around him.

Thank you! An honor to be the first candidate ever endorsed by the @NRA– prior to @GOPconvention! #Trump2016 #2A https://t.co/ygLUAl7gzx