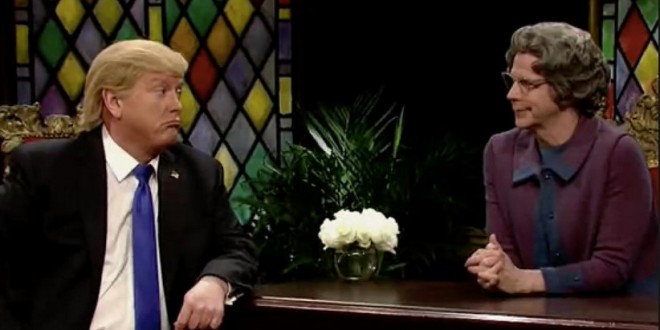 This week marked the first new Saturday Night Live episode since Donald Trump became the Republican presidential nominee. They had to go there.

And they did so with special guest Dana Carvey reprising his celebrated Church Lady character to talk about a general election matchup “between a godless liberal Democrat… and Hillary Clinton.”

After sharing her thoughts about Madonna’s Met Ball fashion and Beyoncé’s Lemonade album, the Church Lady introduced her first guest. It was someone she “talks about quite a bit” but has “never actually met face-to-face”: Satan.

“Actually, you can just call me Ted Cruz,” Taran Killam said when he entered.