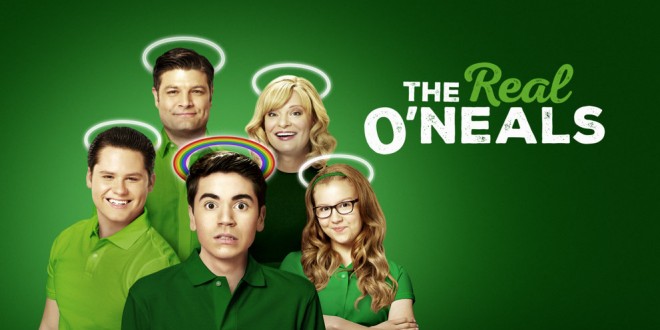 The Catholic League Can Suck It: ABC/Disney Renews The Real O’Neals Sitcom For Second Season

Remember back in February when Catholic League blowhard Bill Donohue launched his campaign against The Real O’Neals with a full-page New York Times ad which compared Dan Savage to David Duke? Remember Donohue’s avalanche of daily tweets calling on advertisers to drop the show? Remember all those OUTRAGED asterisk-laden boycotts threats from One Million Moms? Well, they may now commence to sucking it. Via Deadline:

Like Fresh Off The Boat last spring, new ABC family comedy series The Real O’Neals showed promise in its midseason launch with good reviews and steady ratings. And just like Fresh Off The Boat, it is being picked up for a second season. This marks the second comedy series renewal for ABC Studios, along with Black-ish, as ABC’s sister studio is looking to grow its comedy business. This also makes for six renewed comedy series at ABC — more than any other network. All are single-camera family comedies, including the Wednesday lineup of The Middle, The Goldbergs, Modern Family, Black-ish, as well as Fresh Off the Boat.