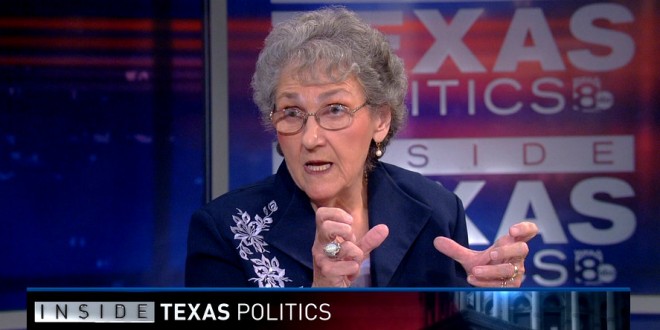 A retired Texas schoolteacher who received national attention for her outrageous conspiracy theories and claimed President Obama was once a gay prostitute was denied a spot on the state board of education Tuesday.

Only several months ago, Mary Lou Bruner, 69, of Mineola, Texas, had been the front-runner for the powerful seat on the Texas State Board of Education, the second-largest school system in the nation.

But as conspiracy theories in Bruner’s old Facebook posts surfaced, her lead shrunk. Voters ultimately chose fellow Republican Keven Ellis, a local school board president, for the GOP nomination. Bruner lost by about 18 percent in the primary runoff.

I believe there was a Great Flood. How do YOU explain fossils of seashells and other sea animals on tops of mountains all over the world? How do you explain the Grand Canyon? You are very naive if you believe a tiny river carved out the Grand Canyon. I believe it took a lot more water than that to carve out the Grand Canyon and other land and rock formations formed by water erosion. You can call me ignorant or intolerant or whatever you want, but I did not make fun of YOUR religion.