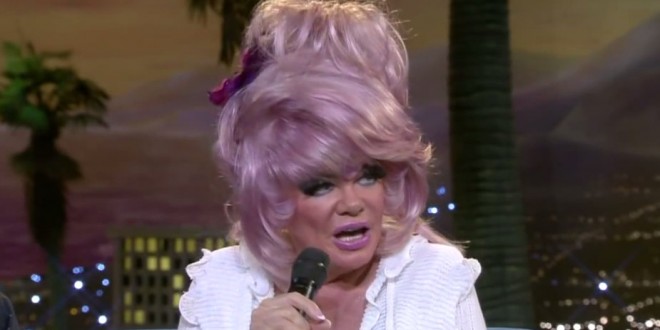 “Laurie and I have just watched the transition of our precious mother from this world to the next; watched her step into the presence of Jesus and into her heavenly reward,” Matt and Laurie Crouch said in a statement, “Jan Crouch, known around the world as Momma Jan, has gone home.”

Crouch and her husband, the late Paul Crouch, founded the Trinity Broadcasting Network in 1973. She produced multiple television programs including Praise the Lord, The Glory of America and Say Yes.

“Those who battled for the kingdom of God knew her as a fighter—someone who didn’t give up, someone who fought relentlessly to get the gospel around the world,” Matt and Laurie said. “Viewers of the Trinity Broadcasting Network knew her as someone who partnered with Paul Crouch in the launch and expansion of TBN, and as someone who came into their homes for over 40 years.”

In 2012 Crouch’s granddaughter accused her of “misappropriating” tens of millions in donations meant for their scam ministry:

Among purchases, the network founded by Televangelists Paul and Jan Crouch, is accused of misappropriating its ‘charitable assets’ toward a $50 million jet, 13 mansions and a $100,000-mobile home for Mrs Crouch’s dogs. Their granddaughter, Brittany Koper, 26, recently filed her allegations in court after a brief appointment as the network’s chief finance director in July. She claims she was fired in September after discovering the ‘illegal financial schemes’ according to the lawsuit obtained by the Los Angeles Times, and consequently reporting them to Mr Crouch.

Her lawsuit follows a second by another former employee and Koper in-law, Joseph McVeigh, the uncle of Mrs Koper’s husband, Michael Koper, who detailed the opulent spending by the Christian network. According to Mr McVeigh’s accounts filed in his lawsuit, the network used their collections for side-by-side mansions in Florida, as well as in Texas, Tennessee and California. The network’s $50 million luxury jet was purchased through a sham loan while Mrs Crouch’s personal jet, a Hawker, totalled $8 million, according to his suit. VIDEO: Crouch reveals that she faith-healed a chicken back to life.