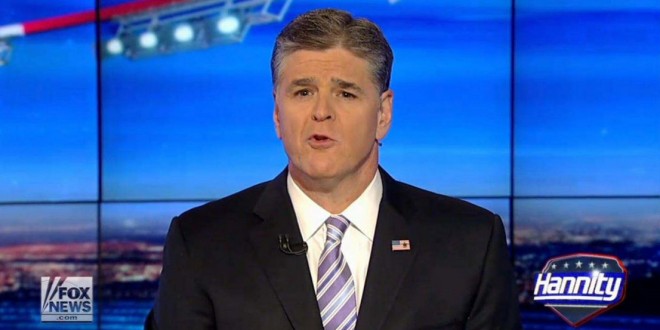 Sean Hannity opened his show last night with a monologue going over how Donald Trump became the GOP nominee, and he made it clear this was addressed to the people angry at him and others for boosting The Donald over Ted Cruz.

Hannity derisively brought up the #NeverTrump crowd and got snarky with people blaming him, Fox, and talk radio for the rise of Trump. He said, “I wish I had that much power and that much influence, I don’t… If I did, Obama never would have been president.”

The rest of the monologue was basically Hannity spinning as hard as he possibly could for why Trump won and why he’s such a great conservative.