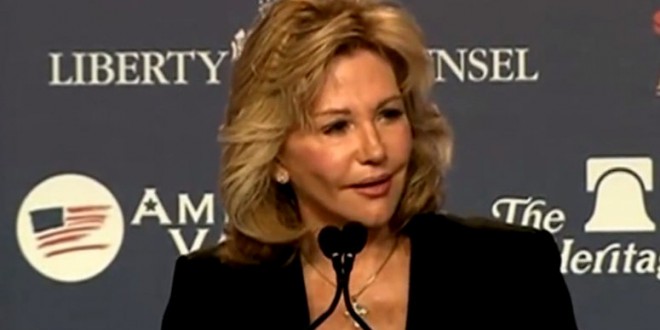 “We have a push from the left to deconstruct everything that’s called normal. And that includes sexuality. It’s part of the Marxist theory to deconstruct the family and to recreate new systems. And so, I’m not saying everybody that’s doing this has read Marx and is doing Marx’s bidding, but we know that that was at least one of the beginnings of this sexual anarchy.

“I think it’s also interesting to note now the Justice Department is also coming down on North Carolina, threatening them that if they don’t change that law by Monday, the government’s going to withhold money, or whatever the threat exactly is, they’re going to do something.

“The Obama Justice Department and Education Department are now forcing schools around the country–maybe in a quiet way for some–forcing schools to adopt this policy of allowing children who think they’re boys or girls, whatever they think they are, to be able to use bathroom and bathing and changing facilities in public schools. School boards are losing this battle all over the country because they’re afraid to lose funding.”