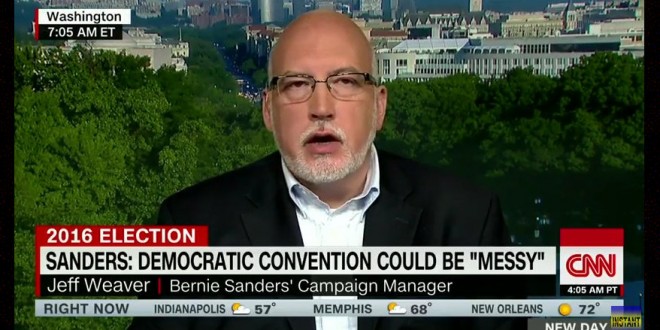 Sanders Spox: Yes, Democratic Convention Will Be Messy But Our People Won’t Be Violent [VIDEO]

Bernie Sanders stood by his suggestion that the Democratic convention will get “messy,” but his campaign manager said Tuesday the Vermont senator didn’t mean violence and that the word describes the conversations essential to doing the “business of the party.”

Weaver told CNN’s Alisyn Camerota there’s no concern that Sanders supporters will misinterpret “get messy” as advocating aggression; they know that it means heated debate.