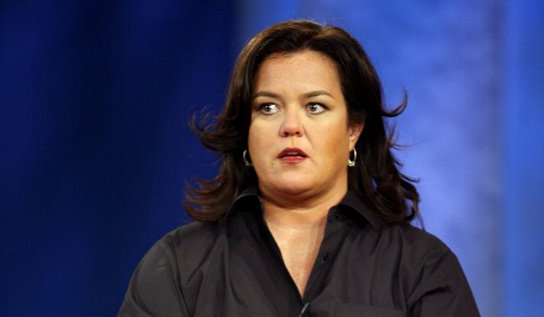 Rosie O’Donnell has made a new, foul-mouthed, attack on presidential candidate Donald Trump on Wednesday, calling the Republican front-runner a ‘s*** stain’.

She launched the tirade while appearing on stage at a Boy George and Cyndi Lauper concert in New York.

The 54-year-old comedian opened her set at the Beacon Theatre by telling the audience that she was ‘depressed because I f*****g hate that orange piece of s***’.

O’Donnell, who has been at the receiving end of Trump’s insults herself, said in the almost two-minute rant that her therapist told her to not focus on the Republican front-runner.

‘Well I would rather give birth to a flaming iguana while taking a s***,’ she recalled saying. ‘I hate him. I hate him.’