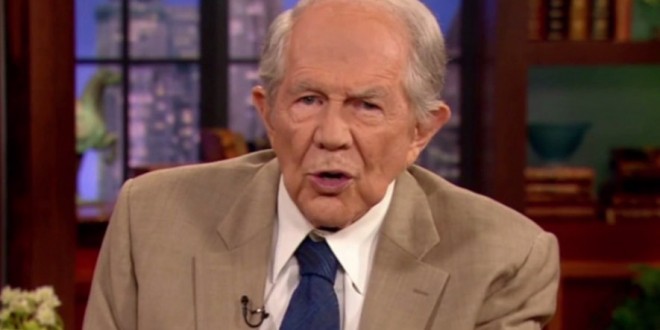 A viewer from Massachusetts cited a Boston Herald article about the strain that addicted and mentally ill “super-utilizers” are putting on Boston’s hospitals and Medicaid system and complained that she’s finding it hard to be charitable toward drug addicts who are intentionally overdosing and wasting resources that she is paying for with her taxes.

Robertson responded by citing 2 Thessalonians 3:10, which says that “if anyone will not work, neither shall he eat,” as justification for allowing addicts to starve to death.

“There are a bunch of people who are just bums and they’re trying to ride in on the charity of others,” Robertson said. “Tough love will say, ‘I’m not going to give you something.’ … If these people are out drugging themselves, let ’em starve to death. I know that sounds hard, but that’s the way it’s got to be.”

Previous IN THE NAME OF JESUS: Haters To Rally In Support Of Alabama Supreme Court Justice Roy Moore [VIDEO]
Next CBS/NYT Poll: 41% Back Trans Restroom Rights