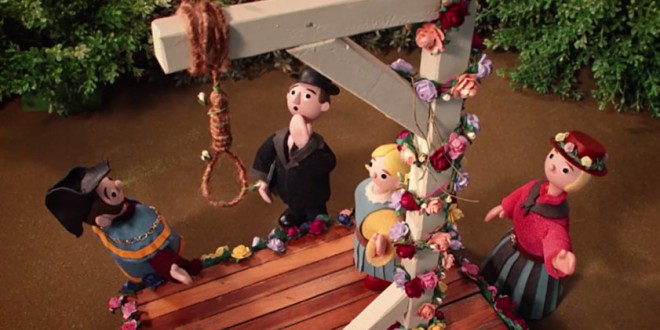 After slowly disappearing from the internet and releasing a few short teasers through Instagram, Radiohead has released a stop-motion video for their new song “Burn the Witch.” It’s the band’s first piece of new music since their almost-Bond theme “Spectre,” which was released last Christmas, and it’s the first single from the band’s upcoming, as-yet-untitled ninth studio album. (The band hasn’t released an LP since 2011’s The King of Limbs.)

The video is set in a stereotypical English village — there’s a sign that says “Model Village,” just so there’s no ambiguity — that quickly turns sinister when its inhabitants get down to the titular witch-burning. (It takes place in a giant wooden effigy that looks like something out of Burning Man.