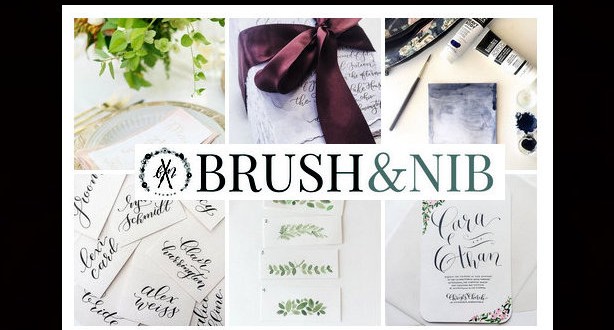 Nobody has ASKED the Brush & Nib studio to create any same-sex wedding invitations, but they’re suing to overturn Phoenix’s public accommodations law just in case. Via press release:

Alliance Defending Freedom attorneys representing a Phoenix art studio that specializes in hand-painting, hand-lettering, and calligraphy for weddings and other events filed suit in state court Thursday to challenge a city ordinance that forces the studio’s two young female owners to use their artistic talents to promote same-sex ceremonies. The ordinance also forbids the studio, Brush & Nib, and its proprietors from publicly expressing their Christian belief that marriage is the union of one man and one woman or explaining why they hold to that time-honored view.

“Artists shouldn’t be threatened with jail for disagreeing with the government,” said ADF Senior Counsel Jeremy Tedesco. “The government must allow artists the freedom to make personal decisions about what art they will create and what art they won’t create. Just because an artist creates expression that communicates one viewpoint doesn’t mean she is required to express all viewpoints. It’s unjust, unnecessary, and unlawful to force an artist to create against her will and intimidate her into silence.”

The lawsuit is known in legal circles as a “pre-enforcement challenge,” a lawsuit that allows citizens to challenge a law—in this case, a law that threatens First Amendment freedoms—before the government enforces it against them. Organizations such as the American Civil Liberties Union and Planned Parenthood routinely file such lawsuits against laws they oppose.

In the first clip below, an ADF attorney pitches for other Christian-owned companies around the nation to hire them to overturn their own local LGBT rights ordinances.

The second clip, rather suspiciously, was posted last week to the just-created YouTube channel for Brush & Nib. It’s the only clip there, it’s unlisted, and comments are closed.

The company also appears to have no physical address and their social media presence goes back only a few months. I wouldn’t be surprised if Brush & Nib was invented specifically to overturn Phoenix’s ordinance.