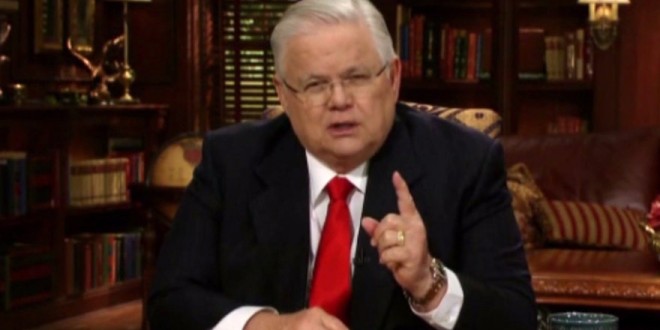 Pastor John Hagee: God Will Punish You If You Betray Israel And Vote For Hillary Clinton [VIDEO]

On yesterday’s “Hagee Hotline,” Pastor John Hagee urged Christians to get out and vote and made it abundantly clear that he’ll be casting his vote for presumptive Republican presidential nominee Donald Trump in November.

After mangling Dietrich Bonhoeffer’s famous “not to speak is to speak” quote and falsely attributing it to Martin Niemöller, Hagee informed his viewing audience that “God will not hold us harmless” and so they have an obligation to vote.