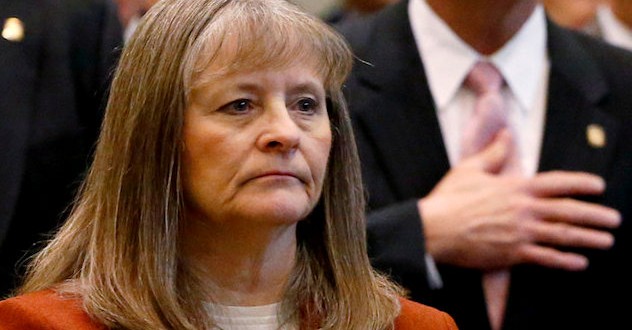 And she leaves our notice the same way she came into it:

Sally Kern, the Oklahoma Republican lawmaker best known for repeatedly declaring that gay people pose a greater threat than terrorists, said farewell to the Oklahoma House of Representatives this week the only way she knew how … by comparing gay people to terrorists.

In a speech on the House floor on Wednesday, which was posted online by Troy Stevenson of Freedom Oklahoma, Kern once again insisted that “the homosexual agenda is worse than terrorism” and that children are being recruited into homosexuality.

In addition to her many attacks at gays, Kern was reprimanded by her own colleagues in 2011 when she declared that blacks and women are inherently lazy.

Previous Tony Perkins: Impeach Obama Over Trans Issue
Next This Is An Ad For Something [VIDEO]