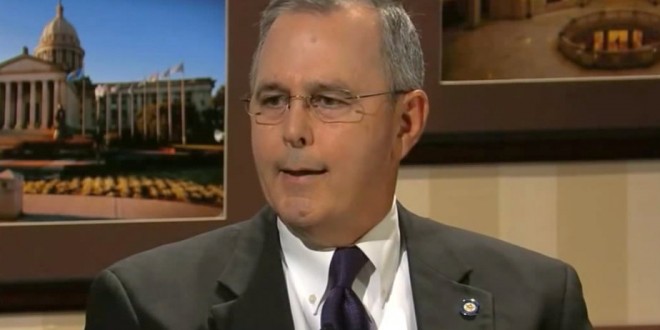 Lawmakers in Oklahoma, alarmed by the chaos that’s been generated from President Obama’s pressure on schools to open bathrooms to both sexes – else face loss of federal funding – have introduced a bill that declares the matter an “emergency” and allows the state’s attorney general to provide legal representation for those who come under fire from the U.S. Department of Justice for failures to comply. Basically, the bill allows for a religious exemption to opt out of the White House’s pressing for open bathrooms to all.

Senate Bill 1619 is described as “an act relating to schools; providing definition; authorizing certain persons to request religious accommodations under certain circumstances; directing a board of education to respond to certain request; prohibiting use of certain facility for compliance; providing for private right of action for certain violation; authorizing the attorney general to represent certain persons under certain circumstances … and declaring an emergency.”

The bill makes clear that students, parents or legal guardians all hold the power to request a religious accommodation from schools in order to obtain access to bathroom facilities that are exclusive to one sex over another. “The accommodation [requested] shall be for the use of restrooms, athletic changing facilities or showers designated for the exclusive use of that student’s sex,” the act states. The act also makes the attorney general of the state available to fight off federal challenges to its provisions.

Previous FRC Prays Against Army Secretary Eric Fanning
Next Sanders Spox: No, Hillary, You Are Not The Nominee