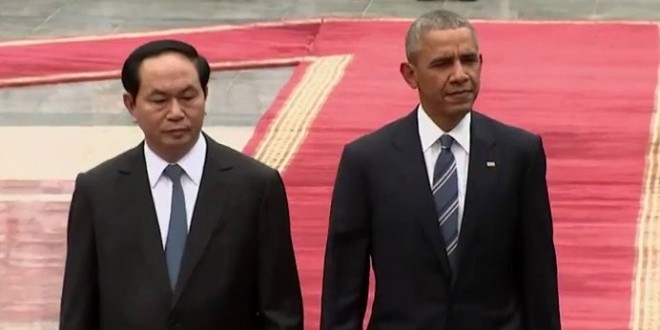 President Barack Obama announced Monday that the United States is fully lifting a decades-long ban on the sale of military equipment to Vietnam.

In a joint news conference in Hanoi with Vietnamese President Tran Dai Quang, Obama said that the removal of the ban on lethal weapons was part of a deeper defense cooperation with the country and dismissed suggestions it was aimed at countering China’s growing strength in the region.

Instead, it was the desire to continue normalizing relations between the United States and Vietnam and to do away with a ban “based on ideological division between our two countries,” he said.

The Vietnam War ended in April 1975 with the fall of Saigon — now called Ho Chi Minh City — after the United States withdrew combat forces and the North Vietnamese launched a massive offensive to reunite their homeland under communism.