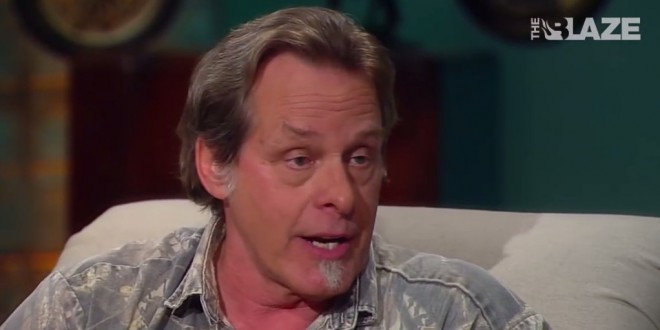 Outspoken “gun rights” activist Ted Nugent, a BOARD MEMBER of the NRA, just posted a SHOCKING edited video on Facebook of Hillary Clinton getting shot, with the caption, “I got your guncontrol [sic] right here bitch!”

If this outrageously violent “spoof” video, in which Bernie Sanders draws a gun and shoots Hillary Clinton on a debate stage, is an attempt at humor, it’s one of the sickest ones we’ve ever seen.

Further, the organization Nugent represents, the NRA, is the very same organization that Mitch McConnell essentially said has VETO POWER over any Supreme Court nominee under a Republican-controlled Senate! This is a moment of truth.

Republicans, almost universally, have acted has handmaidens to the NRA and its extreme agenda for too long. It’s time that they were forced to answer for it and finally disavow the violent extremism of “pro-gun” activists like Nugent.

We’re not going to post the video, because, frankly, it’s just too violent and too ugly, and we’re not looking to score points for shock value (like perhaps Nugent was when he posted it). While it is just a doctored depiction of actual violence, it is realistic enough to be profoundly disturbing.

In this era of out-of-control gun violence, hate-inspired violence, and a presumptive Republican presidential nominee, Donald Trump, who has tacitly endorsed violence at his campaign rallies, it’s time for us all to speak out loudly, and in unison, and say ENOUGH!

Add your name now: Demand that Republicans disavow Ted Nugent and his organization, the NRA.

Nugent fans have shared the video thousands of times.