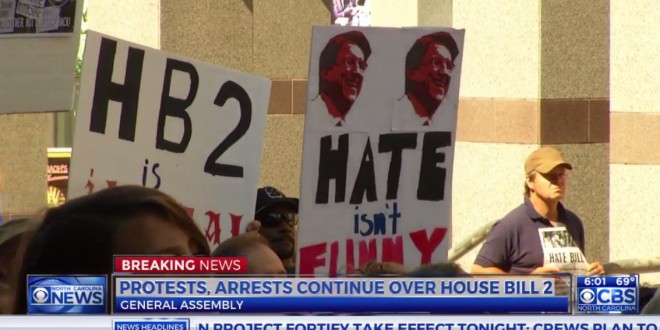 The Raleigh Police were seen arresting demonstrators around 5:20 p.m. As of 5:40 p.m., 11 people had been arrested and trespassing and violating building rules.

Rev. William Barber of the North Carolina NAACP spoke to the crowd outside, describing the law as “Hate Bill Two” and called for its repeal. “We know our history. That’s why the black community stands with the LGBT community,” Barber said. “Forward together, not one step back.”