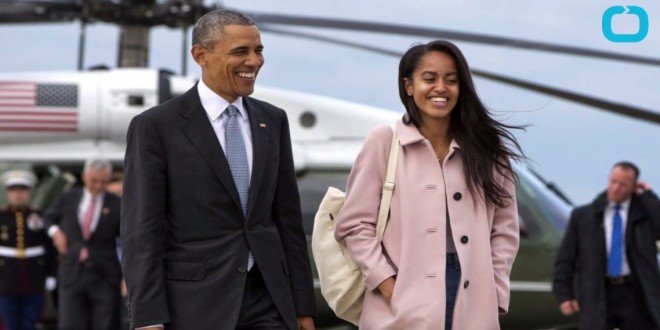 But first, a year off from school. USA Today reports:

Malia Obama will attend Harvard University in the fall of 2017 as a member of the class of 2021, the White House announced Sunday.

The Obamas will remain in Washington after he leaves office in January 2017 until their younger daughter, Sasha, finishes high school. The daughter of President Obama and his wife, Michelle, will take a gap year before beginning school, according to the brief statement.

Both of her parents are alumni of Harvard Law School. Malia visited Harvard and other East Coast Ivy League schools last March, leading to a few months of speculation over where she would attend.

Malia, who turns 18 in July, is a senior at the Sidwell Friends School in Washington, a prestigious school attended by many children of presidents.