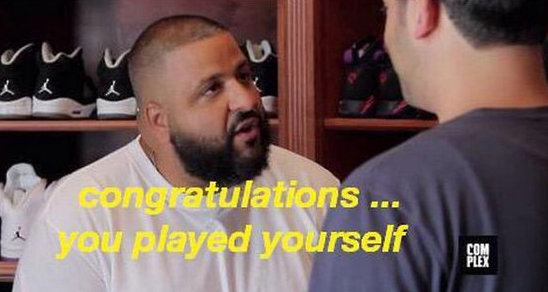 Maker Of Fake Sanders Video Comes Clean: I’m A Bernie Supporter And This Was A “Social Experiment”

The maker of the hoax Bernie Sanders video has confessed. Matt Rettenmund has his statement at Boy Culture:

“So long story short, this was a social experiment, and everyone seem to fall for it. Im a Bernie supporter but one of the main things that I set to prove is the medias ability to rewrite headlines and make everything seem twisted. The video was a joke at first, I imagined a 70 year old man walking out to a song that has a hard intro (subtract the homophobic lyrics, which is why it isn’t in the video) but as i thought about it, i knew everyone would go nuts, i just want to give a major shout out to boy culture for keeping a level head about the situation. The video was faked, if you’re going to support a candidate dont do it cause of a viral video, and if it sparks you’re interest, let the flame burn a lot longer than just voting and walking away, we as american citizens have more power than we think, and to all those people thinking they got a 1up on Bernie….I say this…” UPDATE: Acuna has sent a similar statement to Salon.

“To make a long story short, It started off as a goof, and turned into a social experiment. Literally everyone and their mothers went nuts, using it for their own agendas to prove that some how Bernie Sanders was anti gay all along, I chose that song because I knew it would shake up both ends of the spectrum. So I want to ask everyone, The younger folks out there, I really do appreciate the immense love everyone gave Bernie Sanders, but please think more about the political process and get involved instead of having to have a viral video to motivate you to make a move and vote. To those Hilary supporters, I hope you feel at a lose for words and I say that with all due respect, I respect your stance but Id like to ask you how it feels to believe you almost had a 1up on Bernie and a reason to shame him only to come up short? Just like you all accused the Bernie supporters of being senseless for following this man coming out to a DMX you too are a victim of blindly believing everything you see on the internet. With that said, I hope everyone remembers what memorial day is all about and RIP to all my dead soldiers, its more than just a 3 day weekend. God bless america.”