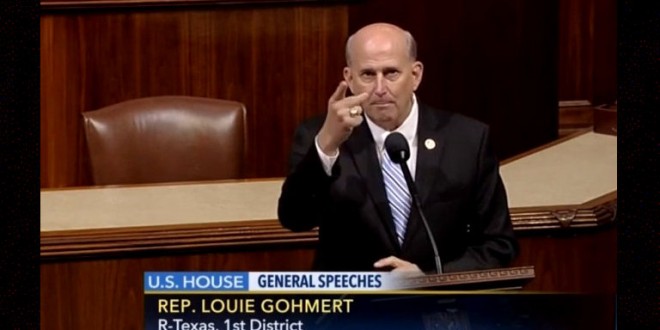 Earlier today, Rep. Louie Gohmert, R-Texas, put a new spin on his “gay island” story, arguing on the House floor that the push for LGBT rights is wrong because we would never choose to send gay couples or gay animals into space to start a new colony like in the Matt Damon movie “The Martian.”

Gohmert also cited the work of Jonathan Cahn, a far-right End Times preacher who believes God is punishing America (and France) due to gay marriage with events such as the 9/11 attacks, to assert that the end is near. He also claimed that transgender people are disordered and “perverse” individuals who need help.