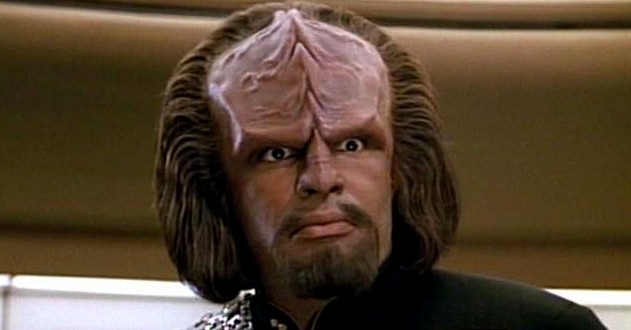 LAWSUIT: The Klingon Language Can Be Copyrighted Because There Are No Real Klingons That Speak It

Paramount is suing the makers of a crowd-funded Star Trek fan film on multiple copyright grounds. But what’s got the Trekkie world buzzing is Paramount’s claim on the Klingon language, which the defendants say cannot be copyrighted because no language can be. From the response filed by Paramount:

“This argument is absurd since a language is only useful if it can be used to communicate with people, and there are no Klingons with whom to communicate,” stated a plaintiffs’ brief authored by David Grossman at Loeb & Loeb. “The Klingon language is wholly fictitious, original and copyrightable, and Defendants’ incorporation of that language in their works will be part of the Court’s eventual substantial similarity analysis. Defendants’ use of the Klingon language in their works is simply further evidence of their infringement of Plaintiffs’ characters, since speaking this fictitious language is an aspect of their characters.”

An amicus brief in support of the defendants has been filed by the Language Creation Society. They say:

See the brief and much more at the link.

Previous Rafael Cruz: The Body Of Christ Must Obey God And Vote For Ted, Otherwise Destruction Awaits [VIDEO]
Next Eurovision To Air Live In USA For First Time