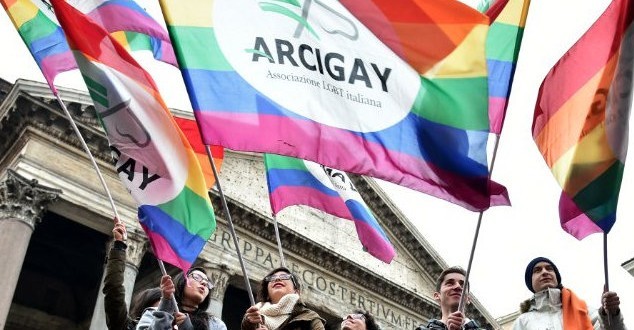 The justice committee of Italy’s lower house of parliament on Wednesday approved the Senate version of a hotly-contested same-sex unions bill, paving the way for the lower house to begin examining the bill’s full text on May 9th.

The bill, which Prime Minister Matteo Renzi put his government on the line for after resorting to a confidence vote, passed its first major hurdle in late February when it was approved by the Senate – but only after a clause allowing stepchild adoption was removed.

A triumphant Renzi said “this story has gone on for too long” after the committee gave the bill the green light on Wednesday. The lower house of parliament will vote on the bill on May 12th.

Lawmakers from the center-right Forza Italia (FI) party, the rightwing populist Northern League, and the small centrist Area Popolare (AP) and DS-CD caucuses were absent in protest against Premier Matteo Renzi’s announced intention to put the bill to a confidence vote.

The motion was approved with 173 in favor, 71 against and none abstaining. Senators from the anti-establishment 5-Star Movement (M5S) boycotted the vote.

The bill passed after Renzi’s center-left PD scrapped two key measures in a compromise with Catholic conservatives – one that would have allowed stepchild adoptions and the other imposing a duty of fidelity.

The Council of Europe called the Senate vote “a first step” but said that in order for Italy to fully comply with a ruling by the European Court of Human Rights, it must eventually add a provision for same-sex couples to adopt children.