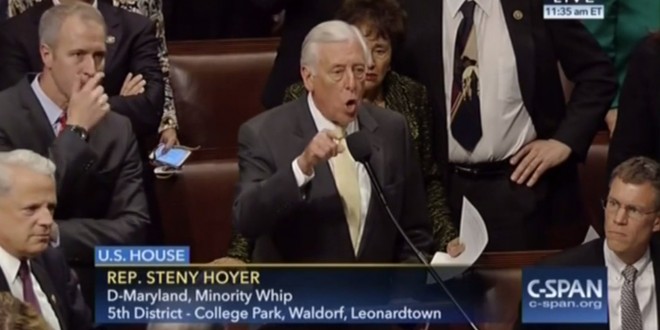 Democrats are vowing to target House Republicans in tough reelection races who allegedly switched their votes to ensure a measure to prevent discrimination against the LGBT community wouldn’t pass.

Four of the seven Republicans accused of changing their votes after arm-twisting from GOP leaders are considered particularly vulnerable in the general election this fall.

According to a Democratic leadership aide, they were able to identify which Republicans changed votes using a computer on the floor that prints updates of vote results as they occur. Democrats were able to compare the printouts to see who switched positions.