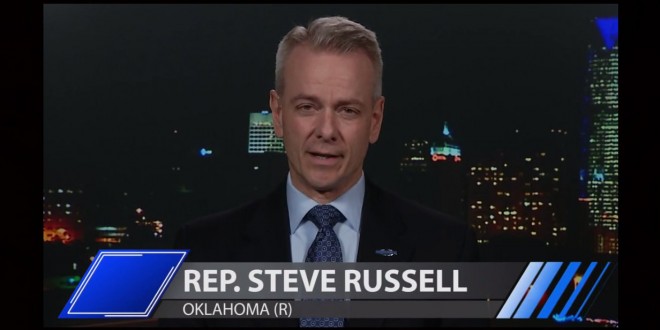 After hours of debate on the measure, the House approved the fiscal year 2017 defense authorization bill by a party-line vote of 277-147. Included in the $583 billion package is a provision inserted by Rep. Steve Russell (R-Okla.) seeking to allow religious-affiliated federal contractors to continue to engage in anti-LGBT discrimination. U.S. House Speaker Paul Ryan (R-Wis.) praised the bill in a statement upon final passage, ignoring the anti-LGBT provision in the package.

Prior to vote on the final passage, Assistant Minority Leader Jim Clyburn (D-S.C.) and Rep. Sean Patrick Maloney (D-N.Y.), who’s gay, jointly introduced a motion to recommit that would have removed the anti-LGBT language. Additionally, the measure would have prohibited The Citadel, a prominent military academy, from continuing to fly the Confederate Flag The motion to recommit failed by another party-line 243-181.

“I never voted against the defense bill, and I never thought I would,” Maloney said. “My dad was a veteran and was never killed serving his country. He taught me to respect those who serve, and to speak plainly about right and wrong, so let me speak plainly now: This bill writes anti-gay bias in federal law.”

PREVIOUSLY ON JMG: While still in the Oklahoma state Senate, in 2010 Russell spearheaded a bill to exempt his state from complying with the federal hate crimes law.