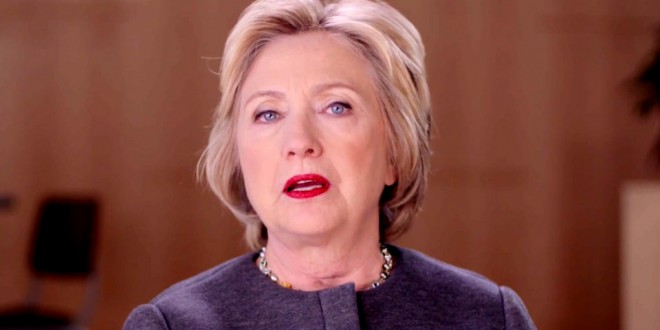 Speaking via a pre-recorded video to attendees of the HIV is Not a Crime Training Academy, Hilary Clinton says if she wins the Presidential election, she will work to reform outdated, stigmatizing HIV criminalization laws. Clinton thanked attendees for their work, saying that efforts like HIV is Not a Crime “lift us all up.”

Saying we have “come a long way” since the early days of the AIDS epidemic, Clinton acknowledged, “We still have long way to go.” She spoke about how HIV disproportionately impacts “communities of color, transgender people, gay and bisexual men and young people, around the world.”

Following Clinton’s televised speech, a panel formed on stage consisting of people who have been prosecuted and parents of several men currently imprisoned under HIV criminalization laws. The most compelling was a young black man from Oklahoma who told of being arrested and charged with a felony for allegedly sneezing on someone. When placed into custody, he claims the police put a bag over his head, and — allegedly because he responded, “What the fuck?” — he was charged with disorderly conduct.