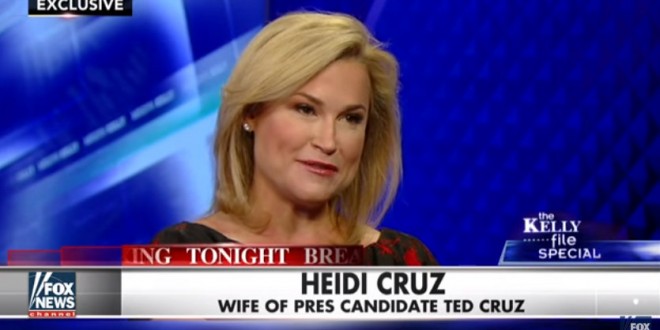 Heidi Cruz: Ted Is Definitely Not The Zodiac Killer

Heidi Cruz knows that her husband, Sen. Ted Cruz, R-Texas, is not the Zodiac Killer, no matter what people online say. Heidi spent Monday morning traveling across Indiana in support of her husband’s presidential campaign.

At a cafe in Carmel, Yahoo News asked for her reaction to a series of jokes that Comedy Central host Larry Wilmore made at the White House Correspondents’ dinner on Saturday night, where he repeatedly called her husband “the Zodiac Killer.”

“Well, I’ve been married to him for 15 years, and I know pretty well who he is, so it doesn’t bother me at all. There’s a lot of garbage out there,” Heidi said.

And then there’s this:

Heidi Cruz referred to husband, Texas Sen. Ted Cruz, as an immigrant during an Indiana campaign stop on Saturday, prompting the campaign to say she misspoke.

“Ted is an immigrant,” Heidi Cruz said. “He is Hispanic. We can unify this party.” A Cruz aide later told the Washington Examiner that Heidi meant to call her husband the son of an immigrant.