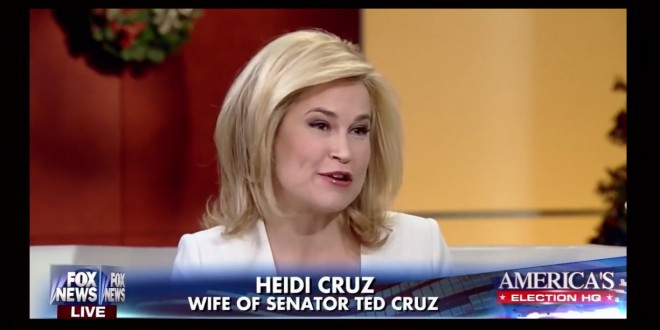 Heidi Cruz Compares Ted’s Campaign To The Fight To End Slavery, Which Took A Lot Longer Than Four Years

Drawing a parallel between the long-term efforts of her husband’s supporters and the fight to end slavery, Heidi Cruz said Tuesday that it took “a lot longer than four years” for the latter fight to be successful.

On a conference call with the campaign’s National Prayer Team, Heidi Cruz portrayed Ted Cruz’s presidential campaign, which ended a week ago, as one part of a broader journey similar to the abolition of slavery.

“I don’t want you to feel like any of this was in vain,” Heidi Cruz said. “I believe in the power of prayer. This doesn’t always happen on the timing of man, and God does not work in four-year segments.”

“Be full of faith and so full of joy that this team was chosen to fight a long battle,” she continued. “Think that slavery — it took 25 years to defeat slavery. That is a lot longer than four years.”