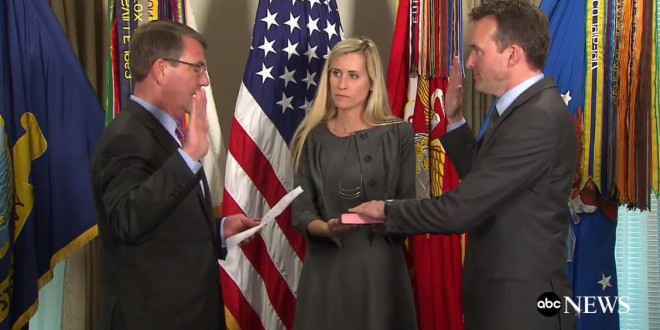 In December, President Obama nominated Secretary of Defense Ash Carter’s Chief of Staff, Eric Fanning, to become Secretary of the Army. Confirmed by the Senate, Fanning becomes the most senior civilian official in DOD history who identifies as homosexual, overseeing the largest branch of the U.S. Military. Fanning was not the most capable or experienced man for the job.

In fact, Fanning has never served in the military. He spent much of his career advancing special rights for the LGBT community as a member of the Gay & Lesbian Victory Fund. Obama nominated him as a part of his effort to fundamentally transform America, in part by entrenching homosexual and transgender activists in every sphere of the Executive Branch, including our Armed Forces.

Fanning was confirmed by unanimous consent, meaning there was no opposition to force a roll call vote by the full Senate. As Secretary of the Army, Fanning is in position to expand the effort to enshrine the LGBT agenda so that it continues after the Obama administration.

May God raise up a president and Congress who will end the exploitation of our military and the sexual assault epidemic that has exploded in all our services since DADT was overturned. May military readiness replace the LGBT agenda as the chief goal of our DOD and military chiefs. (Ex 18:21; Dt 20:8; Josh 22:20; 1 Kgs 14:24; 15:12;)