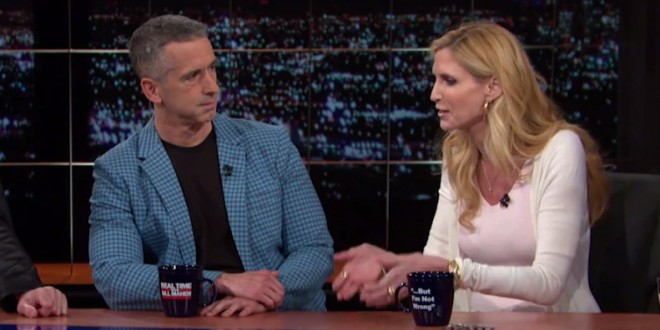 “They couldn’t demagogue anymore about gays and lesbians because too many of us are out and too many people know us so they took the same old script – oh they’re recruiting children, preying on children, threatening children, creeping in bathrooms. That was what they said about gay men 40 years ago. And they’re just taking that now and applying that to trans women and it’s bullsh*t and trans women and men use bathrooms all over the country and have for-ever. And they have no cases to point to where a trans person has exploited a civil rights protection to prey on a child.”