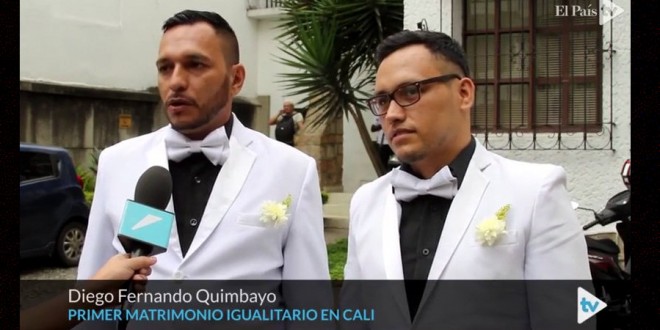 Fernando Quimbayo and José Ticora, who have been together for two years, exchanged vows before a registrar in the city of Cali. El País, a Colombian newspaper, posted a video of the ceremony on its website.

Jorge Enrique Vélez, who oversees Colombia’s notaries and registrars, told them last week that they must comply with the ruling.

“We must comply with this decision of the court,” he said in a bulletin, according to the Colombian website NoticiasRCN.com. “You must respect the law and I am simply reminding you that there is no conscious objection and the process is the same as it is for a heterosexual marriage.”

Previous Trump To Meet With Anti-LGBT Hate Groups
Next Sanders Spox: Yes, Democratic Convention Will Be Messy But Our People Won’t Be Violent [VIDEO]