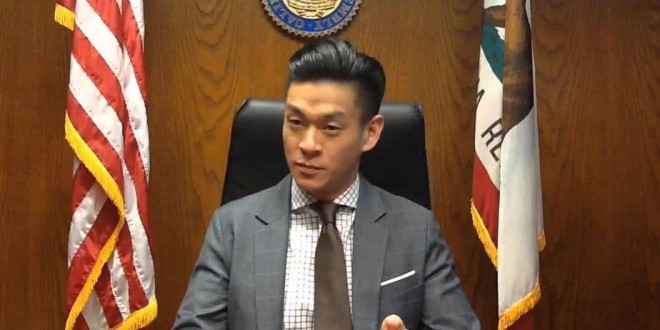 CALIFORNIA: Assembly Approves Ban On State-Funded Travel To All States With Anti-LGBT Laws

The ban was approved by a 54-21 vote and now moves to the state Senate. Via press release from Equality California:

AB 1887, authored by Asm. Evan Low (D-Campbell), would prohibit state-funded or sponsored travel to a state that, after June 26, 2015, has enacted a law that voids or repeals existing state or local protections against discrimination on the basis of sexual orientation, gender identity, or gender expression, or has enacted a law that authorizes or requires discrimination against same-sex couples or their families on those bases. AB 1887 is co-sponsored by Equality California and the National Center for Lesbian Rights.

“AB 1887 sends a clear message that we do not tolerate discrimination in California or anywhere beyond our borders,” said Low. “Just as we strive to be a state that provides equal opportunity for all, we should not be spending our tax dollars in states that allow discrimination on the basis of religion. We are stronger by being inclusive.”

By a 55-19 vote, the Assembly yesterday also approved a bill which would require that all single-occupancy restrooms in businesses and government buildings be gender-neutral.

RELATED: Low, now 32, became mayor of Campbell, California (population 40,000) in 2009 at the age of 26, making him the youngest openly gay Asian-American mayor in US history.