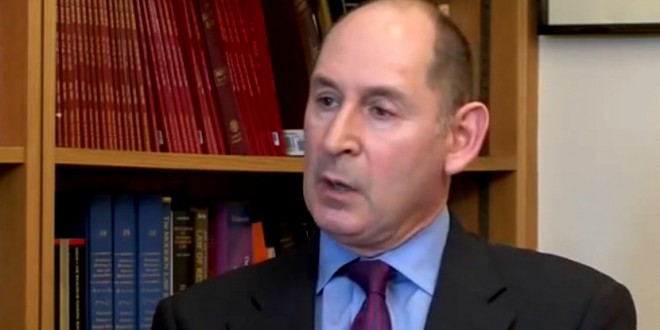 Sir Terence Etherton, Britain’s first openly gay senior judge, has been appointed master of the rolls, making him head of the civil judiciary in England and Wales.

The 64-year-old lawyer’s promotion was confirmed by an announcement from Downing Street on Thursday morning.

Etherton, who has been on the court of appeal and is currently chancellor of the high court, was a member of the British Olympic fencing team for sabre in 1980.

He will be the second most senior judge in England and Wales, outranked only by the lord chief justice, Lord Thomas of Cwmgiedd, and will receive a salary of around £220,000.

Educated at St Paul’s school in west London and Corpus Christi College, Cambridge, Etherton has been a judge since 2001 and was the first to become so while publicly declaring his sexuality.

Britain’s first master of the rolls was appointed in 1286.