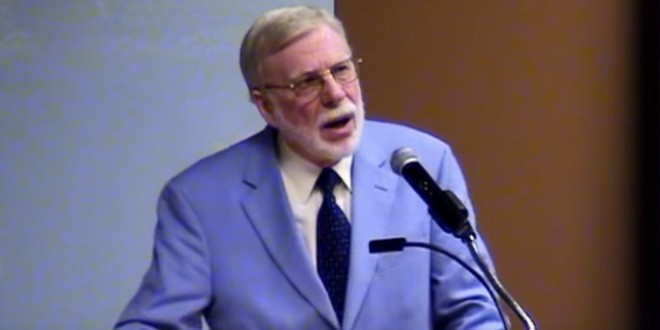 BarbWire: Target Must Be Boycotted Into Bankruptcy

“Target must be destroyed, not just boycotted and humbled into submission regarding their love affair with the LGBT crowd. I support the present boycott of Target; however, it is not a winning strategy. If we hold to the boycott and it grows with intensity until Target’s parking lot is almost empty then Target’s CEO will be forced to back down, but we will have only won a temporary victory. My desire is that Target should be destroyed even if they relent (not the same as repent) and ask to be accepted back into decent society again.

“Critics will suggest that that is unchristian since the theme of the Bible is redemption; however, that is for persons, not entities. Others are free to rush back to Target but I choose not to do so, even if Target’s CEO weeps copious tears, throws dirt over his head, and rips his Brooks Brothers’ suit on national television. I believe the boycott should not cease! At least if we are serious about winning this cultural war.

“People have a right to expect God to fulfill His promise of redemption but businesses don’t have that right. When Target goes belly up, it will send a loud message to other businesses that it is not wise to use perversion to antagonize principled people. Let me assure everyone that the road to America’s moral garbage dump is paved with bad intentions. The Perversion Lobby wants to destroy your way of life. A successful boycott is a way to make a difference instead of whining about our mistreatment.” – Don Boys, writing for Matt Barber’s BarbWire.

RELATED: Last month Don Boys declared that Melania Trump is definitely a slut. Boys, a former member of the Indiana House, advocates for making homosexuality punishable by 12 years in prison.