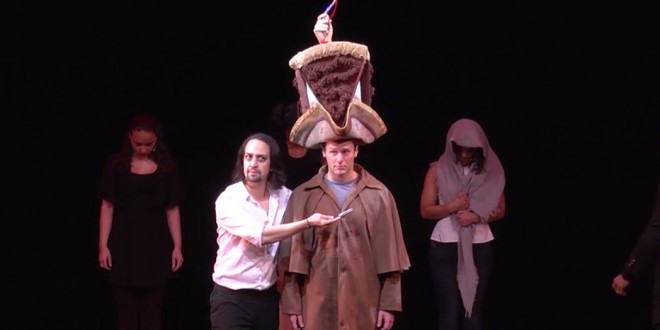 More about the campaign from Playbill:

The Pulitzer and the Grammy were not not enough for the Broadway musical Hamilton. The musical juggernaut came away from the 30th Annual Broadway Cares/Equity Fights AIDS Easter Bonnet Competition having won two of its top awards, Best Presentation and Most Money Raised, leaving only Best Bonnet for the cast of An American in Paris.

Along the way, the combined effort of more than 50 Broadway, Off-Broadway and touring shows raised a new all-time record $5,528,568 in six weeks of nightly curtain-call appeals. That total far outstripped the $4.7 million previous record set one year ago. The number was revealed at the April 26 performance of skits, songs, dances and giant hats that make up the unique fundraiser-show, at the Minskoff Theatre.