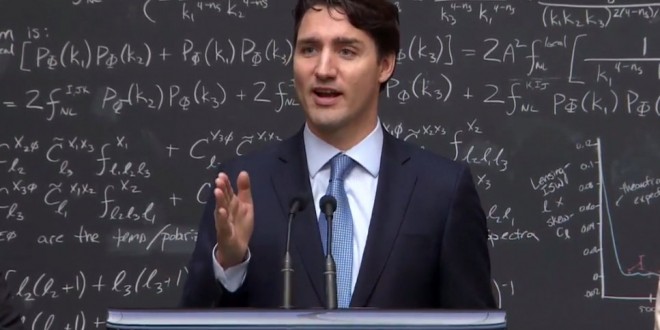 The internet was abuzz with praise for Canadian Prime Minister Justin Trudeau on Saturday after clips showing him schooling a reporter on quantum computing went viral. While political opponents learned a lesson about underestimating the photogenic Trudeau, 44, during last year’s surprise electoral upset, the unnamed reporter fell into the same trap during an event at a Canadian university on Friday when he jokingly tested the former teacher’s knowledge. Trudeau’s explanation on quantum computing generated cheers and applause from the room and set social media abuzz. Canadian writer Anakana Schofield tweeted about the reporter’s experience: “This is what teenagers call ‘getting owned,'” using a colloquial expression for utter defeat.