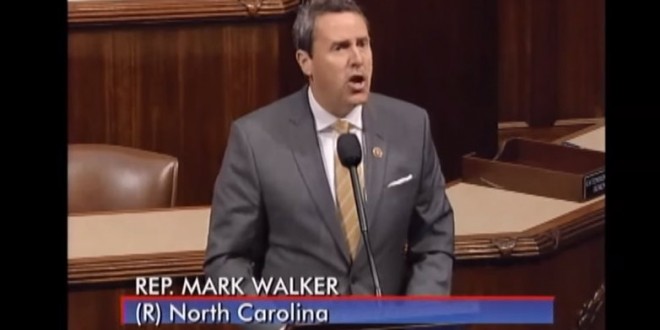 A U.S. congressman who represents portions of Greensboro, N.C., is accusing Bruce Springsteen of being a “bully,” after the rock star canceled a concert there to protest a new law that’s being described as anti-gay.

“I’ve never been a Bieber fan, but I might have to go. Maybe artists who weren’t ‘born to run’ deserve a little bit more support,” he said, referencing one Springsteen’s most famous song titles.

“Bruce is known to be on the radical left,” continued Walker, “and he’s got every right to be so, but I consider this a bully tactic. It’s like when a kid gets upset and says he’s going to take his ball and go home.”

“I choose to stand with our sheriffs, who support this bill, which doesn’t target the LGBTQ community; it targets imposters,” said Walker. “It’s a little crazy to think sexual predators wouldn’t be devious enough to pull something off if they were free to go into any bathroom they want.”

Previous Robin Roberts On Her Mississippi Tourism Cover
Next Harlem Hate Pastor: Stop The Vicious Sodomites At PayPal By Donating To My Church Via PayPal [VIDEO]