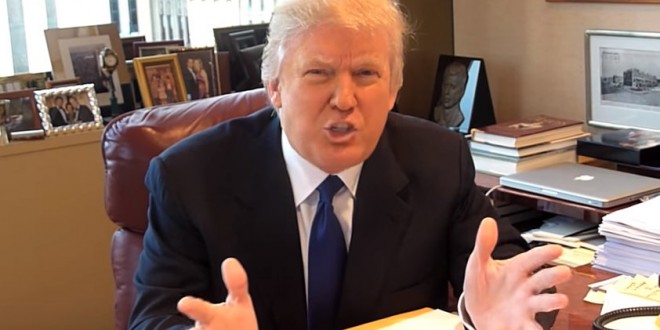 Donald Trump says he will not be attending this year’s White House Correspondents’ Association dinner, despite receiving a flurry of invitations from the media.

Trump attended the annual dinner in 2011, only to have President Obama poke fun at him repeatedly in his comedy routine. The resulting press coverage did not sit well with the GOP front-runner.

“I was asked by every single group of media available to mankind [to attend this year]. But I’ve decided not to go. Do you know why? I would have a good time and the press would say I look like I wasn’t having a good time.”

Trump also attended last year’s dinner, nicknamed Nerd Prom, before he announced he was running for president. He added, “The press is dishonest. If the press would be honest, I’d go because I’d have a good time. … But no matter how good a time I had, the press would say, ‘Donald Trump was miserable.’ What would I need that for?”

The event is April 30th and this year’s host is Comedy Central’s Larry Gilmore.