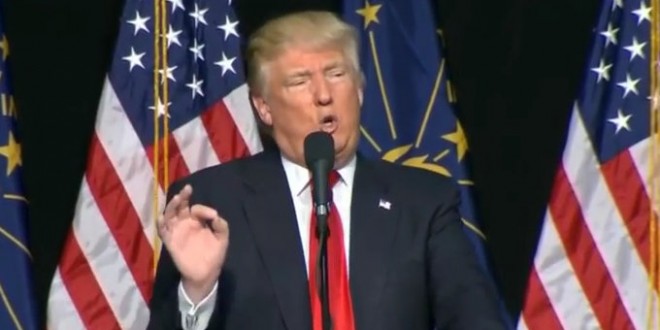 After yesterday’s five-state sweep by Donald Trump, the odds of a contested convention have diminished. The Hill reports:

“I consider myself the presumptive nominee, absolutely,” Trump said at a press conference at his New York hotel Tuesday night. “As far as I’m concerned, it’s over. These two guys can’t win, there’s no path,” he continued. Trump needs just 287 more delegates to get to 1,237.

He leads polls in Indiana, which holds the next primary on Tuesday. Cruz is hoping to overcome him in the Hoosier state. Another 10 states have contests. The GOP race culminates on June 7 when voters in six states, including California, go to the polls. Trump will be a favorite in many of the states, including New Jersey, where 51 delegates are up for grabs in a winner-take-all contest.

616 delegates are up for grabs in the remaining primaries.