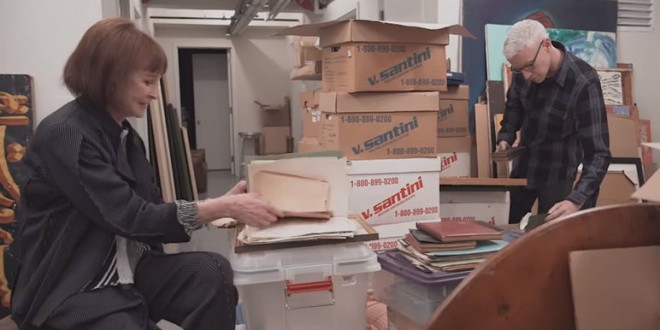 The early part of Vanderbilt’s life, when she was the famous “poor little rich girl” at the center of a bitter custody dispute that was then known as “the trial of the century,” was fraught with sad dynastic intrigue that [director Liz] Garbus lays out with compassion and narrative zeal. And as Vanderbilt navigates her long and complicated romantic life, including several marriages and affairs with the likes of Sidney Lumet and Frank Sinatra, she takes on an almost Zelig-like quality, forever adapting to her surroundings as she traverses influential circles. But she’s possessed of her own agency and influence too, of course, owed to the material fact of her money, and to her lively intelligence and curiosity. There’s a mini-series’s worth of anecdotes to be unpacked here, but the film only gives us the tantalizing overview.