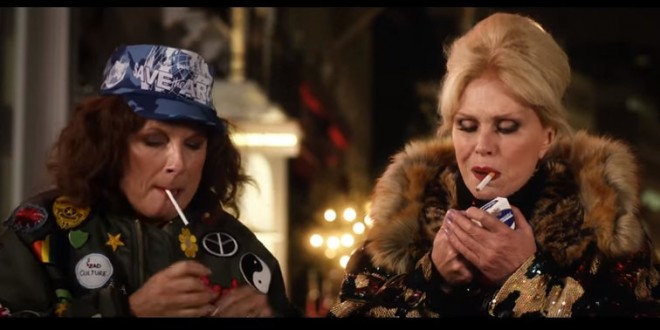 The first full trailer for Absolutely Fabulous: The Movie has Edina and Patsy on the run in France after possibly killing Kate Moss. Jennifer Saunders and Joanna Lumley reprise their roles as the champagne-drinking fashionistas for the first time in four years, while the film brings back the sitcom’s other co-stars Julia Sawalha and Jane Horrocks.

The trailer also shows off a long list of celebrity cameos, including Jon Hamm, Rebel Wilson, Stella McCartney, Gwendoline Christie, Lily Cole and Moss herself. Other stars set to make an appearance include Joan Collins, Perez Hilton and Jeremy Paxman. The original TV series was first broadcast in 1992 and continued for five seasons, also inspiring a French film called Absolument Fabuleux, starring Nathalie Baye and with a cameo from Saunders herself.