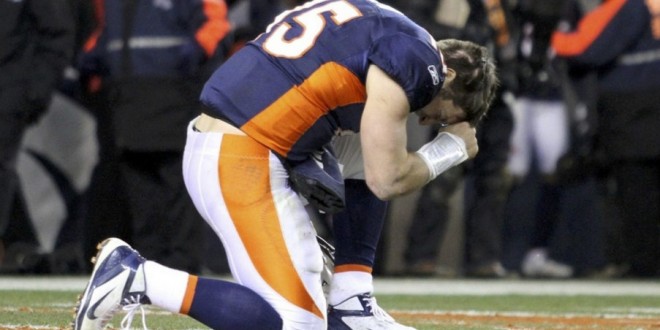 From the right wing Washington Times:

The district now represented by the 71-year-old Mr. Crenshaw includes the Jacksonville area, where Mr. Tebow maintains a residence, a business — XV Enterprises, a sports-consulting firm — and the Tim Tebow Foundation.

Mr. Crenshaw, who has served for 16 years in the safe Republican district, announced Wednesday he would not seek re-election, saying it was “time to turn the page on this chapter of my life and see what’s next.”

The website Red Alert Politics wasted no time in mounting a “draft Tebow” effort, calling him “uniquely qualified to be a Florida congressman.”

“Tebow would never be lost in the crowd, and this would give him an opportunity to lead on issues he is already leading on in his life: fighting poverty, defending homeschoolers, and making traditional values cool again,” said the Thursday post.

The deadline to declare is June 24th.