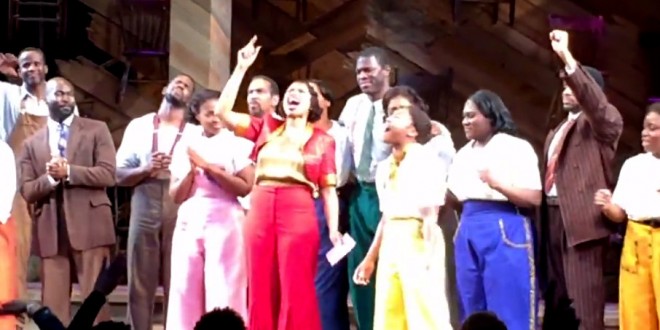 Cynthia Erivo and Jennifer Hudson led an onstage tribute at The Color Purple on Broadway last night, following the news that pop legend Prince had passed away at the age of 57. In a video shared on the show’s official Facebook account Hudson pays tribute to ‘a good friend’ before performing a rendition of the singer’s hit song “Purple Rain”. The Menier Chocolate Factory’s production of The Color Purple transferred to Broadway earlier this year with West End star Erivo reviving her role as Celie.