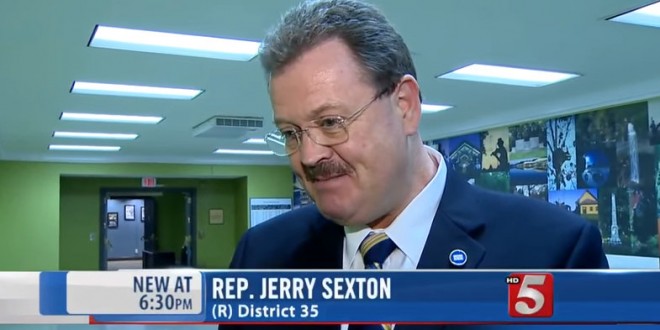 The state Senate voted 19-8 in favor of the bill despite arguments by the state attorney general that the measure conflicts with a provision in the Tennessee Constitution stating that “no preference shall ever be given, by law, to any religious establishment or mode of worship.”

Opponents argued the Bible would be trivialized by being placed alongside other state symbols such as the official tree, flower, rock or amphibian. But both chambers of the Legislature brushed aside those concerns to send the bill to the desk of Republican Gov. Bill Haslam. He opposes the measure but hasn’t said whether he’ll issue a veto.

Republican Sen. Steve Southerland argued that his bill is aimed at recognizing the Bible for its historical and cultural contributions to the state, rather than as government endorsement of religion.

In solidly Republican Tennessee, heavy doses of God and guns are considered reliable election-year politics. The Bible bill came to a vote just days before the candidate filing deadline, giving lawmakers pause about being portrayed by political rivals as being as opposed to the Bible if they voted against the bill.

An outside legal group has reportedly offered to defend it from challenges for free. Wonder who THAT could be?

Previous Tony Perkins: Obama’s “Thuggish Sore Losers” Are Trying To Blackmail North Carolina Over Its Hate Law
Next Ivana Trump: If We Don’t Have Immigrants, Who Will Vacuum Our Living Rooms And Clean Up After Us?