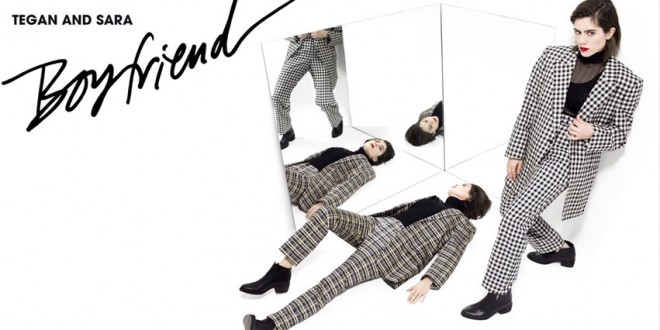 The track’s a stadium-shaking hand-clapper from the twin duo’s forthcoming album, Love You to Death. Sara Quin spoke to DJ Matt Wilkinson about the song, explaining the story behind the song: Quin was stuck in a love triangle with a woman who hadn’t dated another woman before and was still seeing a man at the same time.

“I think that’s pretty relatable,” Quin said of the song. “Obviously, being gay, there’s sort of a bit of a gender twist in the song and I get that that sometimes doesn’t seem immediately relatable to everybody, whether they’re straight or whatever. But this idea, you know, that we’ve all been in that situation where we really like someone and we want to make it official and they’re not ready, that’s what the song is about.”

A second track also released yesterday is below.