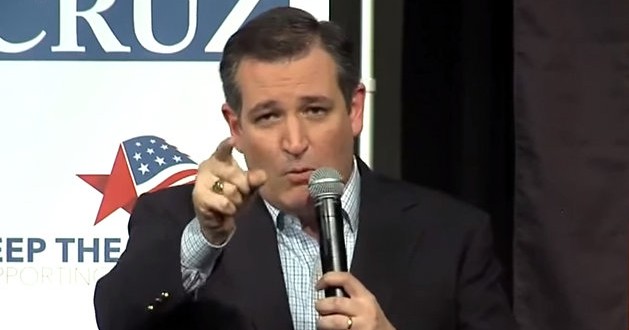 Texas Sen. Ted Cruz and GOP front-runner Donald Trump sparred Thursday over North Carolina’s law requiring transgender individuals to use the bathroom that corresponds with their birth gender. Earlier in the day, Cruz said the country has “gone off the deep end” over the issue of transgender bathroom use. “As you know, my daughters are 5 and 8. My 5-year-old knows the difference between boys and girls,” Cruz told Glenn Beck in a radio interview.

“That’s not a reasonable position, it is simply crazy and the idea that grown men would be allowed alone in a bathroom with little girls — you don’t need to be a behavioral psychologist to realize bad things can happen, and any prudent person wouldn’t allow that,” he continued. “And it is only the lunacy of political correctness, ESPN fired Curt Schilling for making the rather obvious point that we shouldn’t allow grown adult men strangers alone in a bathroom with little girls, that’s a point anyone who is rational should understand.”

In the interview, Glenn Beck repeatedly makes the point that “heterosexual perverts” are the real issue, not transgender citizens.