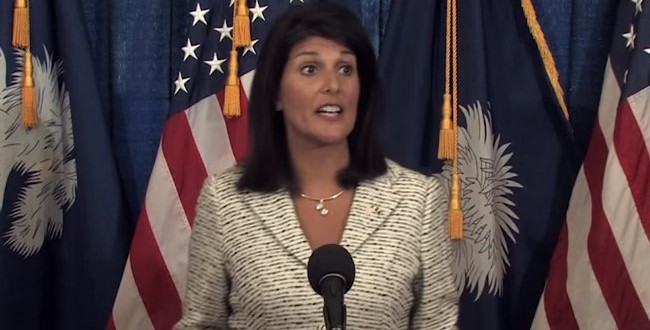 S.C. Gov. Nikki Haley said Thursday that a proposed law to limit the bathrooms that transgender people can use is not needed. Haley said her office has not received any complaints about the issue, adding South Carolinians are respectful to people of different backgrounds. “I don’t believe it’s necessary,” the Lexington Republican told reporters. “There’s not one instance that I’m aware of.

Meanwhile the South Carolina Chamber of Commerce declared yesterday that they will campaign against the reelection of the bill’s chief sponsor, crackpot state Sen. Lee Bright. The bill was introduced on Wednesday.