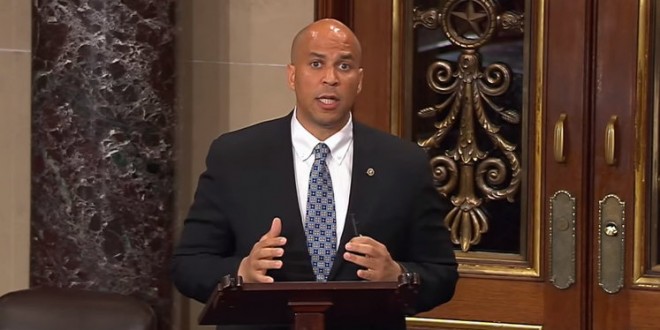 The bill would define the provision of conversion therapy for profit as consumer fraud and, additionally, take Rep. Lieu’s bill one step farther by empowering states to take their own action against these dangerous and discredited practices.

The senators’ move comes just two months after the National Center for Lesbian Rights (NCLR), along with partner organizations Human Rights Campaign (HRC) and the Southern Poverty Law Center, filed a complaint with the Federal Trade Commission encouraging the federal government to investigate conversion therapy as a violation of existing consumer fraud laws.

NCLR Youth Policy Counsel Carolyn Reyes said: “We are grateful for the courageous leadership of Senators Murray and Booker in the fight to end conversion therapy nationwide. This historic bill will protect the most vulnerable among us from exploitation by those fraudulently claiming to be able to change a person’s sexual orientation or gender identity, save countless lives, and send a clear message to every child across this land that they were born perfect.”

NCLR has been at the forefront of efforts to protect youth and their families from conversion therapy for more than two decades. In 2014, it launched its #BornPerfect campaign to stop conversion therapy across the country by 2019 by passing laws, fighting in courtrooms, and raising awareness about the serious harms caused by attempts to change a young person’s sexual orientation or gender identity.

The House version of the bill has only 68 co-sponsors, all of them Democrats. There are 188 Democrats in the House.

Previous Politico: 86% Of Reporters Think Hillary Will Win
Next Ralph Nader: Why Should Bernie Sanders Drop Out?